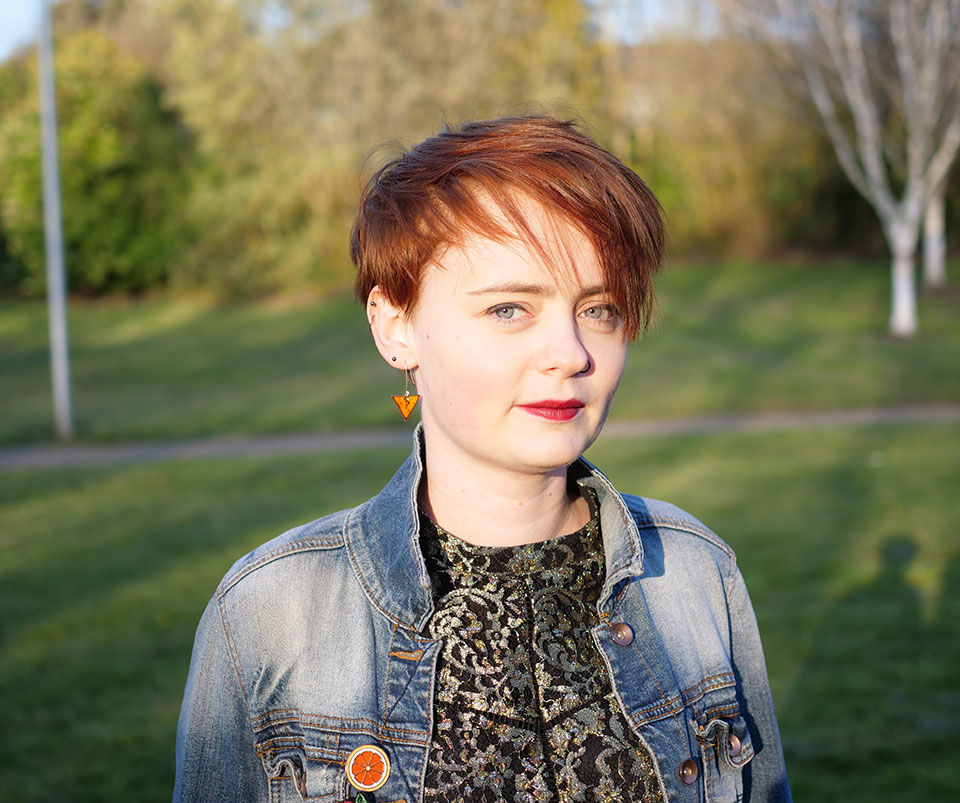 “…is an exciting new voice,
spiky, neo-punk in her hard-edged reminisces.”

Emily Cotterill is a Cardiff-based poet from Alfreton, Derbyshire. Her debut pamphlet The Day of the Flying Ants was published by smith|doorstop in 2019. The pamphlet was a part of Carol Ann Duffy’s final Laureate’s Choice selection. It has been variously described as, ‘neo-punk’, ‘Northern soul’ and ‘fizzingly acute’. She is working on a first full collection.

She studied English Literature and History at Cardiff University, graduating in 2013. She then spent three years living and working in Winchester before returning to South Wales. Emily has a day job in the place management industry which, amongst other things, has allowed her to work on Cardiff’s Poetry in the Arcades project, bringing poetry to public life in the city. Emily also hold’s a Masters degree in Place Managament and Leadership and in 2019 she became the youngest person to be elected as a Fellow of the Institute of Place Management.